Houston Honors Dr. Coppola from The Colony ER Hospital with His Own Day 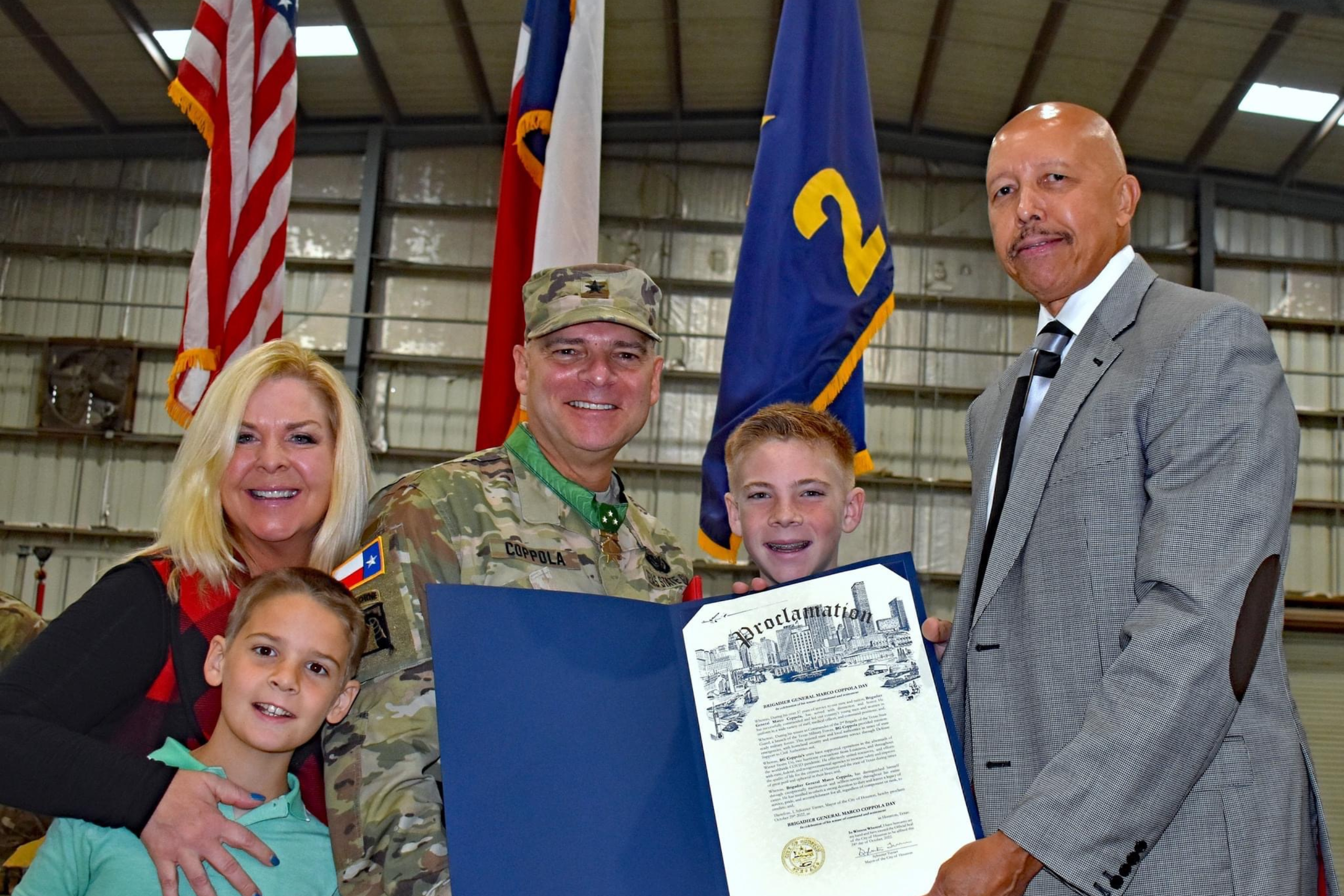 In celebration of over 37 years of military service and commitment to the health of the Houston community, Mayor Sylvester Turner proclaims October 29, 2022, ‘Brigadier General Marco Coppola Day.’

November 15, 2022 (Houston, Texas) – In honor of over 37 years of service to the United States and the state of Texas and the stand-up commitment to the safety of Houstonians during times of emergency, Marco Coppola, DO, FACEP, an emergency physician and Chief of Medical Staff at The Colony ER Hospital located in Denton County, Texas, is officially awarded his own day.

In celebration of his tenure of command and retirement, Mayor Sylvester Turner proclaimed October 29, 2022, to be known as ‘Brigadier General Marco Coppola Day’ in Houston. This distinction comes upon Dr. Coppola’s retirement from military service. Most recently, Brigadier General Coppola commanded 2nd Brigade of the State of Texas Guard providing mission-ready military forces to assist state and local authorities in times of state emergencies.

“I am truly humbled by the honor and the recognition, especially in the presence of my family and the outstanding soldiers I’ve had the privilege to lead,” said Dr. Coppola.

The exceptional leadership Dr. Coppola showed in the safety of the Houston community, specifically in operation efforts during the aftermath of Winter Storm Uri, two Louisiana hurricane evacuations, and throughout the entire pandemic, changed the standard of authority expected. He showed a strong devotion to increased safety, access to resources, and improved quality of life for Houstonians.

“To say that I am proud would be an understatement. He has dedicated more than half of his life to serving our country and the great state of Texas. This day is bittersweet. Your boys and I are so proud of you, and we love you to the moon and back,” said Stacy Coppola, the wife of Dr. Coppola.

Dr. Coppola has also been honored for his services by Congresswoman Sheila Jackson Lee with Congressional recognition and presentation of a flag previously flown over the United States Capitol and was awarded the Texas Superior Service Medal for Superior Service to the Military Forces of Texas.

For more information, contact Jennifer Christoferson, Director of Marketing, at 281.284.0434.